This was my first car, and I had to wait ages for it. I agreed to buy it from a friend at work, but they couldn't find themselves a replacement for a long time so I would walk past it getting more and more desperate to own it. I think I fell in love with it because it was different to the cars everybody else (of my age) was driving at the time - it had a twin choke webber carb - putting out 70BHP and a bonnet scoop!

The day came to pick it up and I got it home in my garage (at my parents house). No insurance yet, so I couldn't drive it, but I just wanted to sit in it to familiarise myself with everything. Unfortunately, I tried to wind the window down, and the cable snapped. Needless to say, for the rest of the time I owned the car, it had a piece of 4x2 holding the window up. It was a good job it had opening front quarter lights to let some air in!

It even got me and my girlfriend to north Wales for a holiday with no hassle. All in all a pretty good car, even though it was a bucket of rust (never found a replacement passenger door).

I traded the Fiat for this with a local guy I found in the paper. It cost me £400 and lasted for a couple of years. It went really well considering it had the 1.1L engine. No mod cons though - the windscreen washers were activated by a foot switch! It was a horrible colour though - a nasty shade of cyan. Eventually the sills (apparently filled with newspaper) went and I had to get it welded.

I decided I needed a change after that as I had some money now I was working, so I went for the XR2. This one got scrapped. I had to pay for somebody to take it away - it had been standing idle up the road from my house so long that when I went to move it, the handbrake was totally seized up and it left 50 feet of black skid marks up the road before it released itself!

This car looked awesome in daylight! It cost me just over a grand and I had a lot of fun with it. It felt very reassuring to drive with wide tyres on all the corners and it went pretty quickly with a basic 1600 engine. The trouble was, when it was dark and parked underneath a sodium streetlamp, it revealed it's true nature. Every single body panel was a slightly different shade of red. I think this car had a bit of history.

Eventually the big end went, so I thought I'd get a replacement engine. Cost me £400 and took weeks to get fitted. Still, it breathed some new life back into the car and it lasted a couple more years before I got the opportunity to buy my next car... 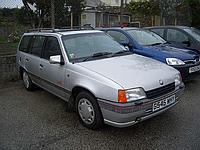 This one was my fathers ex-company car so I knew it's history and got it for a knock down price because it had 115,000 on the clock when I got it. When it was getting close to 200,000 I got nervous and decided to change it, and I've regretted it ever since. It was very reliable, cheap to repair (not that it needed much) and had some good performance for an estate car. With the 1800i engine it motored along quite nicely. It even took us to the south of France and back without a single complaint. I should never have got rid of it...

I really liked the look of this when I found it - black is definitely a good colour for cars. Considering the mileage on the LXi, I thought this was a sensible move, especially considering VW's reputation for reliability. Bad mistake. This was uncomfortable to drive (nasty seats) and the idle control valve got stuck as soon as the engine warmed up. It's very embarrassing sitting in a queue of traffic with your engine idling at 3000rpm. People think you have real patience issues. I got so fed up with it that I decided I needed to get another Astra...

So I found this locally in the Friday Ad. It was in pretty good shape for it's aged and fitted the bill nicely. I always like the metallic blue of these. It was a bit more nimble than the estate and was a great car for commuting to work and back. The only problem I had with it was the head gasket went, but that wasn't expensive to get fixed.

I would have kept this for a long time, expect someone put a two foot wide dent in one of the rear doors. No idea who, there was no paint marks, it just appeared overnight. That made my mind up for me to at last spend a decent amount of money on a car and get fully comp insurance. So this got given to a mate who had just come back to the country and needed something to get around in.

I still had the Scirocco at this point (I never got round to selling it) so I traded it in for this Calibra. I had to wait round the corner from the garage for the engine to cool down before I dropped it off for the P/EX. I seemed to get away with it - I'm not sure they'd have taken it with it sitting there at 3000rpm.

There was lots to like about this car - aircon (and a sunroof), heated seats, black leather, etc. It was a good car all round. After a couple of years though, and the birth of a baby, I thought I ought to get something more sensible (what was I thinking?)...

This seemed like such a good idea at the time - higher, safer, easy to get kids in and out of - a bit of fun offroad (ha) maybe. I spent a lot of money on it but unfortunately the missus liked her Puma so much that she didn't want or need to drive this, so it just ended up being my drive to work car, and it wasn't particularly good for that.

To top it off, somebody drove into the back of it on a sunny day. Interestingly it trashed his Mondeo to the extent it was undrivable. I had to lash up the exhaust pipe but I managed to drive it home OK. One insurance claim later and it was fully repaired (nice job too) and I realised I might aswell get something a bit more fun to drive again, so once again I went back to what I liked. 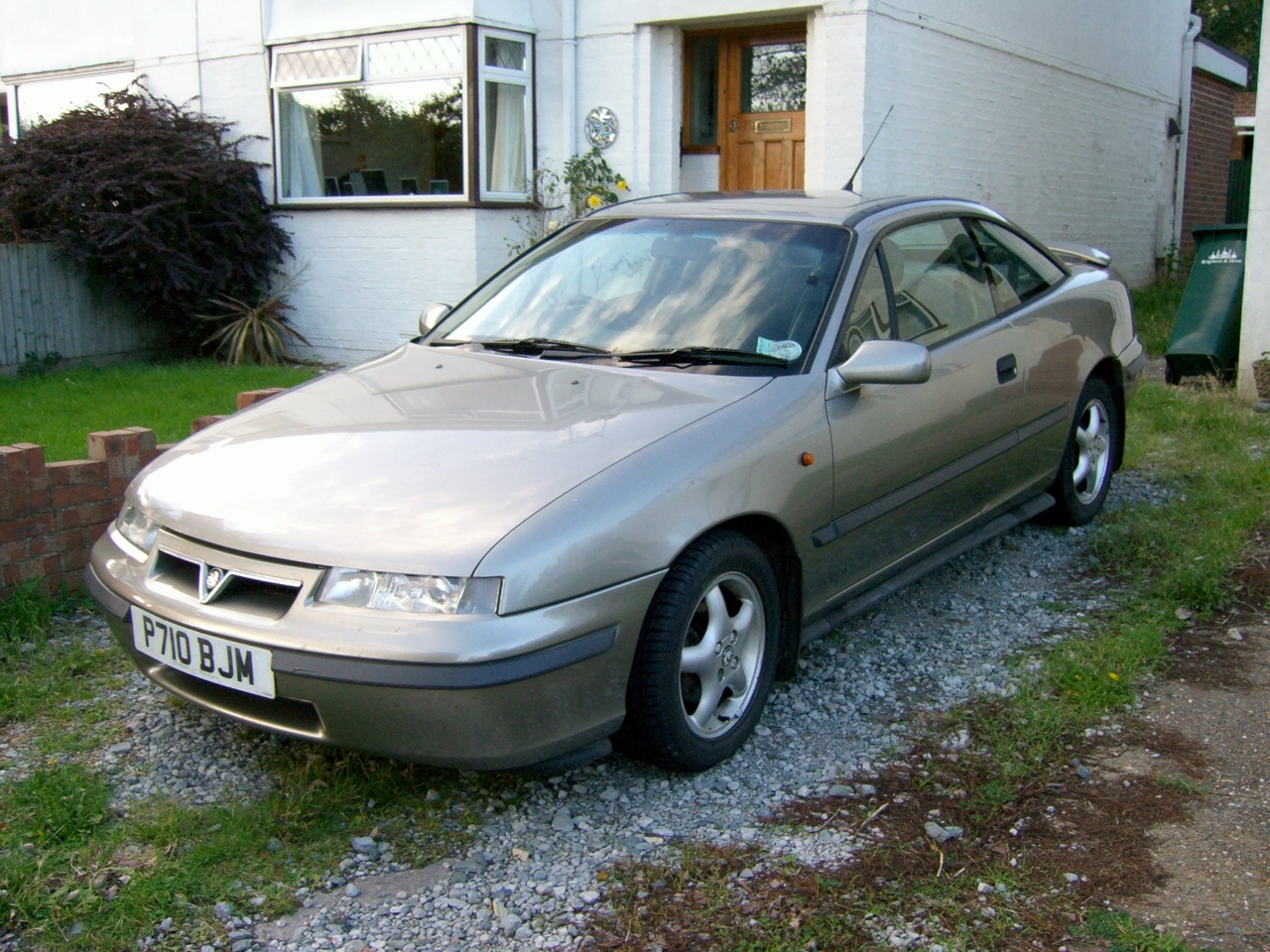 This one was pretty similar to the previous one, although it had white dials which stayed white at night, whereas the old ones turned black at night which I always thought looked a lot cooler. No aircon this time either, but I didn't miss it that much.

Shortly after I bought this one, the sunroof came off it's rails, which seemed pretty disastrous. Luckily I'd bought a years worth of third party warranty when I got it, so I rung up thinking they'd say no, but they said no problem. So I got a brand new factory Vauxhall sunroof from a main dealer for nothing - over £1000 worth.

This lasted a few years until I got it MOT'd at a Vauxhall dealership and they claimed it needed a complete new steering rack. Seemed a bit over the top so I took it to my local garage and they said it was fine and gave it an MOT. I'd made up my mind to get another car by now though, so... 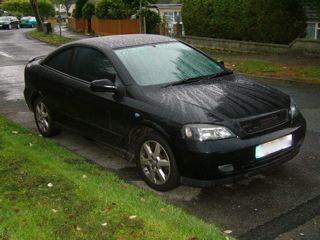 This is what I'm currently driving. Not much to say really. Goes well - reasonably practical (although I miss the hatchback of the Calibra) and has only cost me a set of rear springs so far... 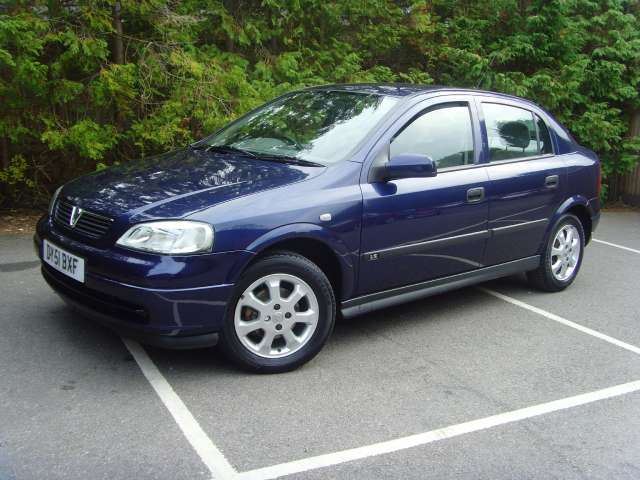 The coupe died big style (seized oil pump), and with not very long to find a replacement, I had to go for something very boring. Found this with 25,000 on the clock. Drives to work and back, but that's about it. 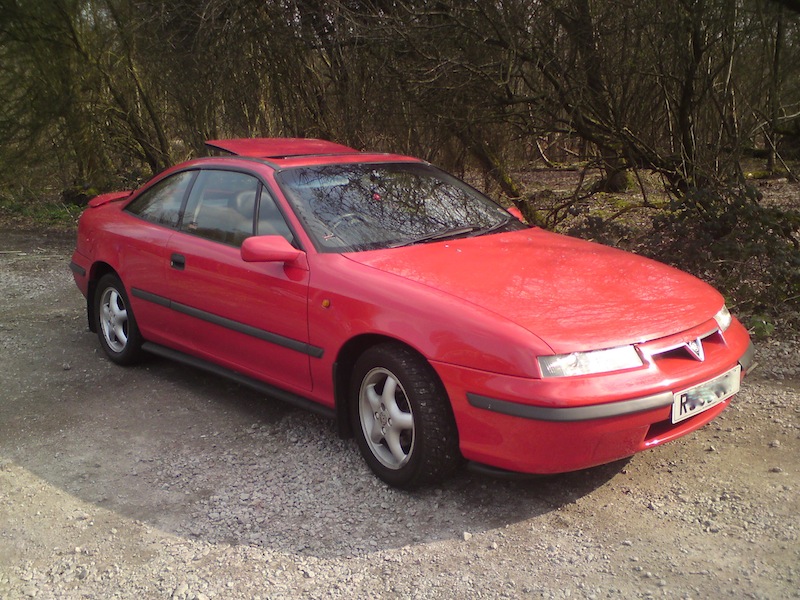 Well it took two years, but I finally found another decent Calibra. Full Vauxhall history, 48000 miles only and drives nicely. Has had a new exhaust, new steering wheel, handbrake and gear lever gaiters. It's been well looked after - it's still got the original shrink-wrapped first aid kit in the boot. Let's see how long I can make this one last...

Note: not all pictures are of my cars.